Al Mawlid is Muslims celebration of Prophet Muhammad birthday, which was on Monday 22 April 571 (12 Rabi Awal). This annual celebration begins with al Zaffa (the procession) which marks the beginning of the Mawlid festival.

Muslims all over Sudan celebrate the birthday of Prophet Muhammad Peace be upon Him, which was on Monday 22 April 571 (12 Rabi Awal). This annual celebration begins with al Zaffa (the procession) on the last day of Safar, the eve of Rabi’ Awal. This procession (Al Zaffa) marks the beginning of the Mawlid festival. It takes place In the three cities at the same time: Omdurman, Bahri & Khartoum, leaves from a particular point and ends up at Mawlid Square in these three cities. Al Zaffa is organized and supervised by the Higher Committee for the Mawlid Anniversary which is also responsible for all the activities associated with this event. It is made of representatives from all localities, states and Sufi sects. A musical brass and percussion band called Kaita precedes al Zaffa playing tunes that suite the great occasion. Residents of the neighborhoods where the procession passes line up watching and admiring the overwhelming spectacle. Major participants include a number of notables, government officials, army officers, Sufi men, the music corps and ordinary people. Al Zaffa signifies the official announcement of the festivities and is met with jubilation and free foods, dates, juices and water all the way to its destination at the Mawlid Square, just before sunset. There, the flag is hoisted and Sufi groups head for their designated tents and pavilions to begin the eleven-day festivals. 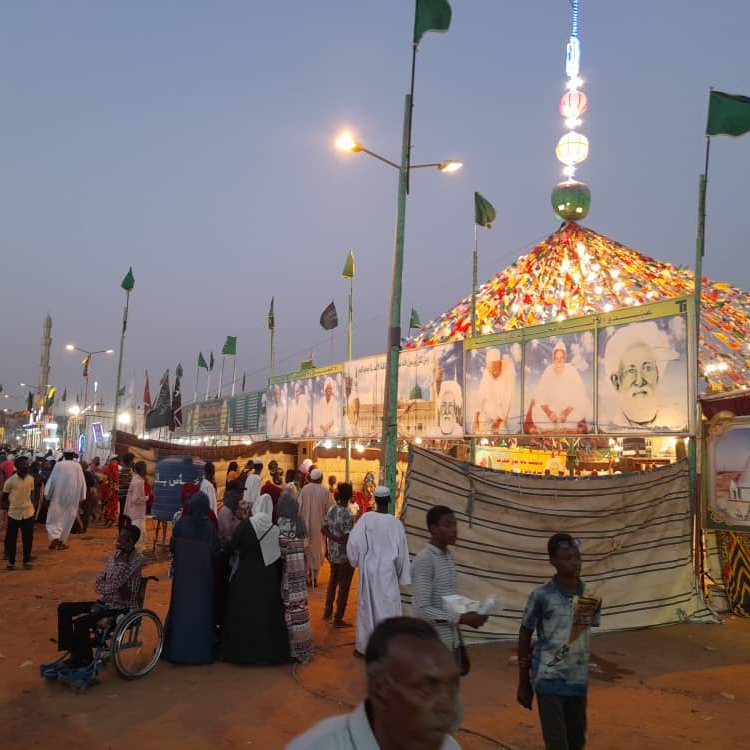