The device consists of two wooden spur gears connected at right angles. They transmit the rotational movement from a tow animal to a vertical wheel with pails attached to a rope around its outer rim. Water is scooped from the bottom of a reservoir to the surface where it is emptied in the field when the pale is inverted.

Operating Al Sāqiya involves two rotational movements. It starts with the horizontal pull of the towing animal, which is then transmitted to a vertical movement by means of two wooden gears. The role of the large gear is to transmit the energy received from the towing animal to the smaller cog that is placed at right angles with it. The smaller cog is connected to the wheel by a horizontal axle. When the small cog turns, so does the wheel taking the filled containers fitted to the rope around its rim to the surface and lowering the emptied ones to the water reservoir in a circular motion. The deeper the level of the source water reservoir, the larger and sturdier is the wheel used. Due to the deep water level in Sudan, al Baṣīr (the craftsman) who manufactures al Sāqiya follows certain techniques to adjust weight of the carried water through the distance between the water surface and the delivery site, taking into account the available pulling force. He may, for example, increase the length of the wheel’s spokes to widen it and, consequently increase the drawing force. He may, otherwise, widen the large gear’s circumference, which usually contains 36 to 38 teeth to add more power to the Sāqiya and cause the wheel to turn faster. Depending on the depth of the water surface, the number of qawādīs (pails) may be increased or decreased. In Sudan, cows, bulls or camels are used either single or in pairs as towing animals that rotate with their eyes open. The types of trees used in the manufacture al Sāqiya are palm trees, Doum, sycamore, Ḥarāz (Acacia albida), Sayyāl (Vachellia seyall), Sunuṭ (Acacia senegal), Tarfa (Tamarix aphylla), willow, Ṭaliḥ (Acacia nilotica), , ‘Ushar (Calotropis procera), Sidir (Frangula alnus) and Salam (Acacia ehrenbergiana) trees.

The communities which depend on al Sāqiya for their living have humanized it, fearing for its safety and keen to keep it operational and protected from traditional customary ailments. They perform on al Sāqiya the ritual practice against al Mushāhara, an ailment that may inflict man, animal, machine or vegetation during  the rites of passage.

Mechanical pumps are largely replacing al Sāqiya in its area of dissemination because of their efficiency and ease of operation. 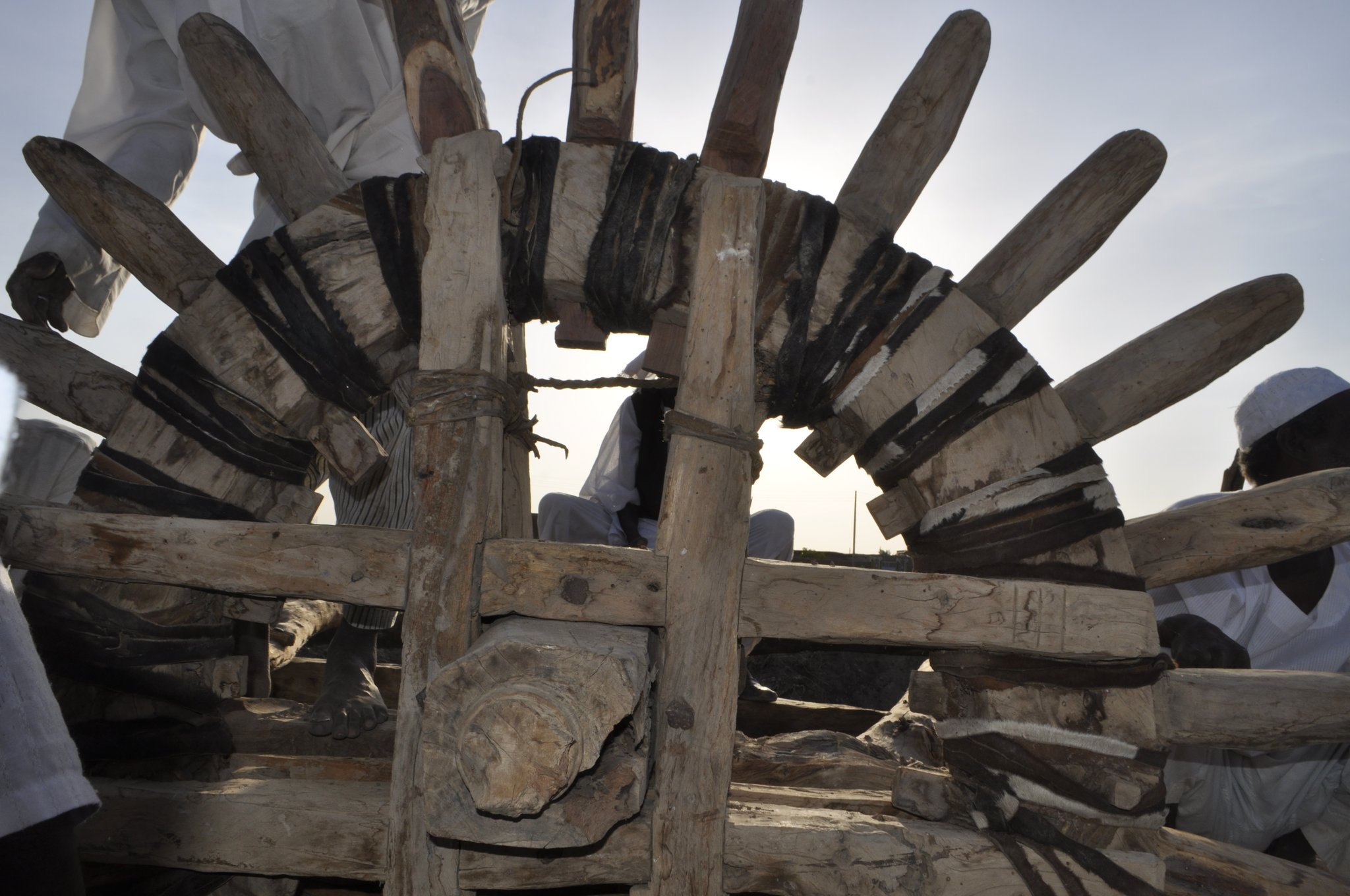