Jirtiq refers to a set of rituals applied on the bride and bridegroom during their wedding ceremony, and to a lesser degree as part of the traditional practices in the circumcision of boys. It is also practiced in some other social settings such as at the seventh month of pregnancy.

As mentioned earlier, the bridegroom's Jirtiq is a rite of passage mimicking a king's coronation ceremony of the ancient Sudanese civilization, an event that is retained in people’s cultural collective memory. Jirtiq attire comprises the Yusr rosary worn around the neck by the bride and the bridegroom, the red braided plaits of the Ḥarīra, which they tie around the wrist. The plaits are made of silk filaments that hang from the knot of the band. A semiprecious blue stone is fitted to the band. A gold crescent is fixed to a red ribbon that is rolled around the bridegroom’s head so the crescent is fixed at the forehead. Jabīira, is a silver bracelet which the bridegroom wears on his wright arm. Kabbāsa or Faraj Allah is another Jirtiq ornament, a silver circular piece arranged with pearls from either side and a fishbone to make a necklace. The grooms also wear Saumīta, a necklace made of central elongated bead adorned at both ends with gold and hangs from rope of red filaments similar to those of Ḥarīra. The front of the head of both grooms is anointed towards the mid part with some Wadak (lard). Then, in the same place, the powder of mahaleb and sandalwood is wiped, and a little perfume sprinkled over it. This practice is known as Ḍarīra. It is performed by elderly women on the part of the groom and bride, who have a good reputation and stable and fruitful marriage. Jirtiq is basically a rite of protection. It is not limited to wearing specific jewelry on certain occasions, as we find that pregnancy, birth, and circumcision are accompanied by some practices of supplications and incantations, such as “God willing, a house of money and children”, and “God willing, with the righteousness and goodness”… etc. incense, water and milk also form an integral part of the ritual. In pregnancy, applying the ritual of Ṭa’n al Ibra (needle piercing) is entrusted to married, but not infertile or divorced, women. The rite is accompanied by well-wishing songs such as al ‘Adīl wa al Zain (the righteous and good). 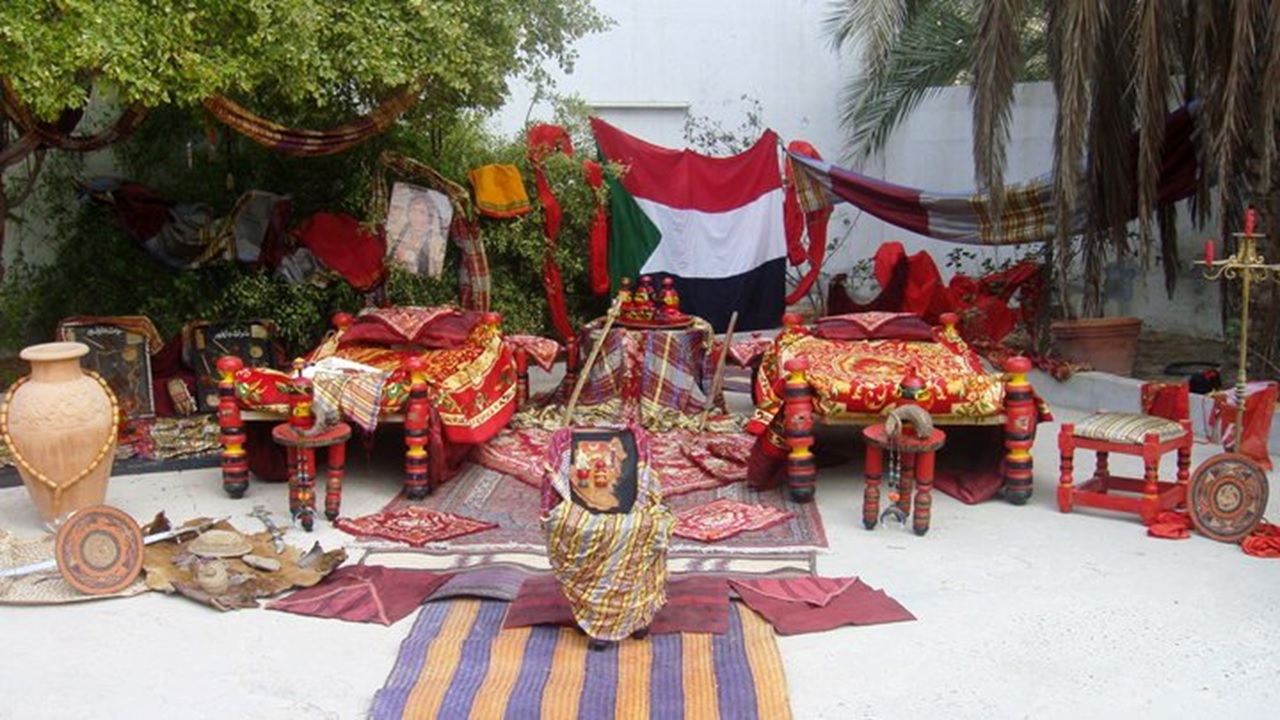